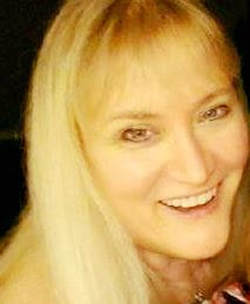 LISA MERRIL GLASSMAN, Founder/Owner
​
CURTAIN CALL STUDIOS
Curtain Call Studios is Charlotte’s premier private performing arts studio and was formerly known as Palm Beach Performing Arts Studio, located in Florida. Our private studio is a safe, creative environment where the beginner, intermediate or the advanced professional performer can learn, practice and grow in the craft of acting, vocal technique and performance.  We provide a firm foundation in teaching the necessary tools needed for each student to develop and grow in their own abilities. Since becoming an accomplished actor and/or singer is a process and can take some time, each session is specifically designed to progress toward that end. All sessions are intended to allow the student to explore and discover their own possibilities.
We teach voice, vocal health, work on range, note accuracy/intonation, breath control, head vs. chest voice, and other techniques important to the singer. We specialize in helping to improve the student's song performance.  We teach acting technique which include a series of training exercises that encourage artistic expression, how to analyze and create a character,  memorize lines and much more. We empower our actors when auditioning for a role or performing on the stage, film or television.  We also specialize in Audition Preparation and help many students obtain entrance into performing arts middle schools, high schools, choirs, community theater, as well as professional venues such as stage, film, television & much more.
To be a performer, one must have innate talent, as well as self discipline, self exploration, and persistence. If you have the talent, determination and maintain a good work ethic, Curtain Call Studios can help enrich your life as an actor and/or singer. Many students come to Curtain Call Studios for a variety of reasons. Whether you would like to pursue acting and/or singing as an amateur or strive toward becoming a professional, Curtain Call Studios is here to help fan the flame of greatness inside of you. We offer a variety of classes which are meant to treat the performer as a whole, with a complete approach to acting and vocal performance.
We also specialize in Team Building for large corporations, small businesses, educational facilities and much more.  We implement activities, improvisation and theater tools specifically designed to meet your business needs, which help leadership and employees alike, bond and grow, with fun collaborative tasks that are used to enhance social relations and foster greater productivity.

OUR MISSION
To provide high quality training in the craft of acting, musical theater and vocal performance, fostering, developing and elevating each student's performance skills to a level of excellence.

​HOW IT ALL BEGAN
Ms. Lisa began performing professionally at the tender age of ten, where she traveled with vaudeville variety show, The Young Vaudeville Headliners, under the direction of the late, Charles Lowe. Ms. Lisa performed with the troupe at New York City’s legendary Carnegie Recital Hall, Trudy Heller's and toured throughout New York's Catskill Mountain Resort circuit aka "the Borscht Belt." After graduating from High School, Lisa went on to study at Marymount Manhattan College, where she was accepted into their professional acting program. Ms. Lisa graduated with a Bachelor of Fine Arts Degree, specializing in Acting and Theater Arts. After performing professionally for many years in show business, she went back to school for graduate work in Professional Education and achieved New York State Teacher Certification in performing arts. She worked as Drama/English teacher at Marie Curie Middle School, located in Bayside, New York.  Main stage and after-school productions were directed under her auspices.
Ms. Lisa is well known as South Florida and NY's top private acting and audition coaches and has also been highly sought after for her outstanding reputation for vocal coaching and teaching vocal technique.  Many of her students have achieved perfect vocal performance scores with NISSMA-New York State and have won acceptance into ALL COUNTY and ALL STATE vocal concerts in both Florida and New York. Her dedication, talent, industry experience and teaching abilities make for a winning combination. It brings her great joy when her students grow and achieve their goals. Numerous students have also won acceptance into top performing arts institutions, colleges, received performing arts scholarships, landed roles in various school productions, community productions and professional venues. including stage, film & television.
Ms. Lisa aka Lisa Merril has been a member of Screen Actor's Guild-American Federation of Television & Radio Artists, Actors' Equity Association and Songwriters' Guild of America for decades. She has toured the United States under the direction of the late, Skitch Henderson (former Lincoln Center Pops Conductor) in a show called An Evening with Richard Rogers, has appeared in Broadway shows on-board cruise ships, featured in numerous films, television shows, commercials, radio commercials & jingles, and numerous stage productions.
Among having a passion for teaching, Ms. Lisa enjoys writing. She is the author of a book, Curtain Call: A Call To Drama Ministry, which is an inside look into drama ministry. It was birthed out of the many drama workshops and outreaches held in churches throughout the world.  Ms. Lisa has been and continues to give back to the community. She volunteers her time to various ministries and organizations.  She has written, appeared in and directed numerous scripts for various church outreaches and productions.  Ms. Lisa has also written two-act musical entitled, J-THREE-SIXTEEN and TESTIMONY.
Ms. Lisa has worked as an independent television producer creating segments that have appeared on Food Network, TLC, A&E, CNN, WE TV, Lifetime, Bravo, Fox Business and numerous other networks.  Ms. Lisa continues to produce, write, teach, direct, perform, and is grateful to share her gifts and talents with others as she travels by invitation throughout the United States and the world!

​
Disclaimer: While Curtain Call Studios operates under the State of North Carolina, we are not considered an accredited facility, nor do we claim to provide academic or vocational training that may lead to employment in the entertainment industry. All programs, workshops and seminars offered are intended for educational enrichment purposes only.